It's the night before the event and we're bringing you more Intel on the teams at the HEXLAN Manchester! The teams all play one another in the pre-playoff league and the rosters are looking tasty for a close-run affair. You can tune in to the stream tomorrow with the broadcast scheduled for 12pm start with caster @JohnPee_EU supported by @OdinExcite and @OBN_Voltic!

'As long term members of the Riot Gaming organisation, we're here this weekend to represent them and hopefully take home the prize and prove a point that mixed gender teams can do well! #RiotTooOP' - KimieRiot 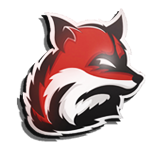 'I am a very experienced player who has attended multiple LANS across Europe, I hope to lead this team to victory. Dream big, achieve big.' - FFlawzz

'We believe we could be the underdogs going into this as a few well established teams are attending. But if we turn up. We can win it' - Ched

'With the only offline LAN experience being from myself, the team hope to convert their great online potential onto the Offline stage, gaining vital experience for future events and our aspirations.' - Bidz

That's the teamsheets details, all is left is for you at home to sit back and pick your winner! Brackets will be posted on our twitter @RizeGamingPro