The Rize of Chickenmaru (Interview)

The Rize of Chickenmaru (Interview)

It’s been just about a week since Celtic Throwdown wrapped up, which was a who’s who of European Tekken talent. From top to bottom, the bracket was stacked with both well-known players looking to snap up more TWT points, and silent sharks lurking in the depths of pools, wanting to make a statement with a big win.

One player that put his name on the lips of Tekken players across the continent was RIZE’s own Chickenmaru, by winning the tournament in a fairly convincing fashion. Facing the legendary Rookang in grand finals, and after both players just managed to claw their way past Dante, (who finished the tournament in a very impressive third place) Chickenmaru emerged the victor with a 3-0 sweep.

Perhaps this win signified something more – perhaps it was a ‘changing of the guard’ so to speak. Top 8 had a very “Old School vs New School” feel to it, with names being taken from both sides. One thing’s for sure – the UK Tekken scene has never been hotter, and the new wave of players introduced with Tekken 7, are hot-on-the-tails of the old guard, who aren’t going to give up their place on the top of the heap without a fight.

I spoke to Chickenmaru to get his thoughts on this, his big win at Celtic Throwdown, and more. 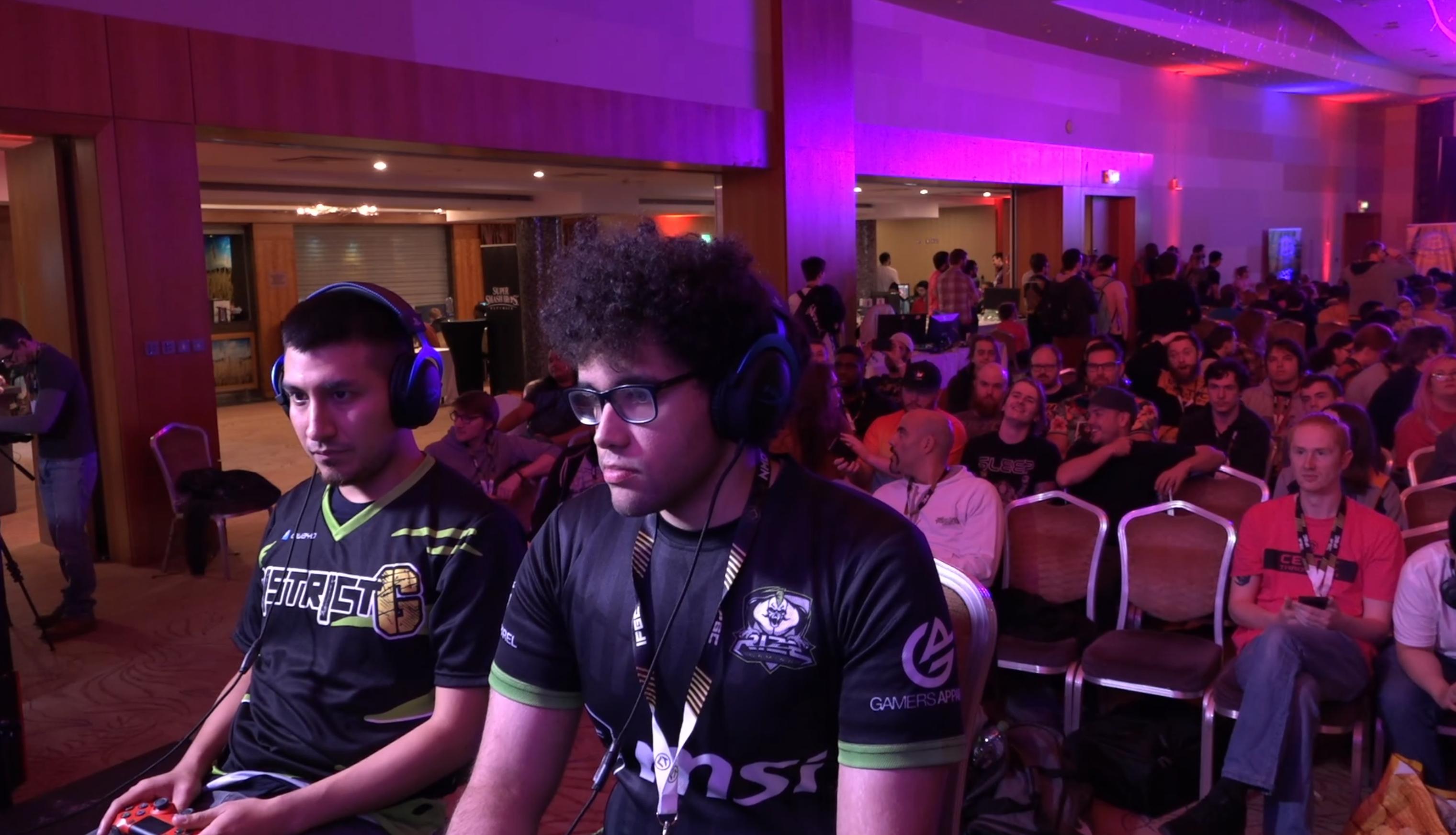 Firstly, thanks for taking the time to do this! How are you feeling after Celtic Throwdown? Has the dust settled yet?

I’m obviously super happy with my growth as a player after last weekend. But more importantly, I hope this big win will be the boost of confidence I needed to win even bigger tournaments.

It’s a great feeling to know and prove to myself that I have improved enough to win a big international tournament.

Have you had a chance to look back on your performance yet? What did you think?

As many players usually do, I looked at all my stream matches not too long after I won the tourney. I always study my matches to see if there were areas I could improve.
Overall, I was really proud of my performance, especially my performance in the grand finals - my reactions, whiff punishment, and spatial awareness was on point.

I was also proud of the composure I showed in the games where I was one round away from dropping a match, so that tells me that I’m getting better at adjusting to my opponent’s style in an ft2 scenario. I was mostly happy about having the confidence to finally use my Julia in tournaments.

I don’t feel like I limited myself by picking her over Josie (although I need to work on my block punishment a bit with Julia).

You’ve been known as a killer in the scene for a while now, but winning Celtic Throwdown could be considered your first BIG win. Are you happy to get that monkey off your back?

I also consider CT my first big win, especially when you consider the EU talent present at the tournament. I feel relieved that I finally got that big win as it tells me that what I have been doing so far allows me to beat strong players. This big win will motivate me to keep training the same way and hopefully win bigger tournaments.

Without revealing any secrets, how did you go about training for this tournament?

I don’t think there’s anything incredibly special about the way I train. I tend to study my bracket path ahead of the tournament to try to guess what players I will be playing as I progress through the bracket. After that, it depends on whether they use a character I’m not too comfortable against or even if I already played the opponent before.

I usually go into practice mode and lab a few things my opponents tend to do with their mains and then try to work out what setups I should be looking for and which ways to step/punish their mains.

I find the best training method is to play offline as much as possible before a tournament weekend. Living in London I am blessed with offline opportunities either at Redbull Arena or even house sessions with friends. Playing offline increases my confidence in whiff punishment and also gets rid of some bad online tendencies. My main training partner is probably Joka, a Mishima player from Birmingham. He forces me to try hard every time we play and really puts my reactions to the test.

Your teammate, Dante, also put in a stellar performance at CT, finishing third overall. How do you feel he played?

I was really proud and inspired by Dante’s performance. He played amazingly and had a dominant run until getting to Winners Finals. Not only that, he was able to 2-0 Gunni in the Jack mirror and also 2-0 Jacket’s Jack earlier in the tournament.

I was really proud of those wins and I hope people start regarding him as the best Jack in the EU.

My match against Dante in Winners Finals was the hardest match I had during that tournament. He showed great composure by bringing it to a final game and forced me to think hard to get the win in the end. 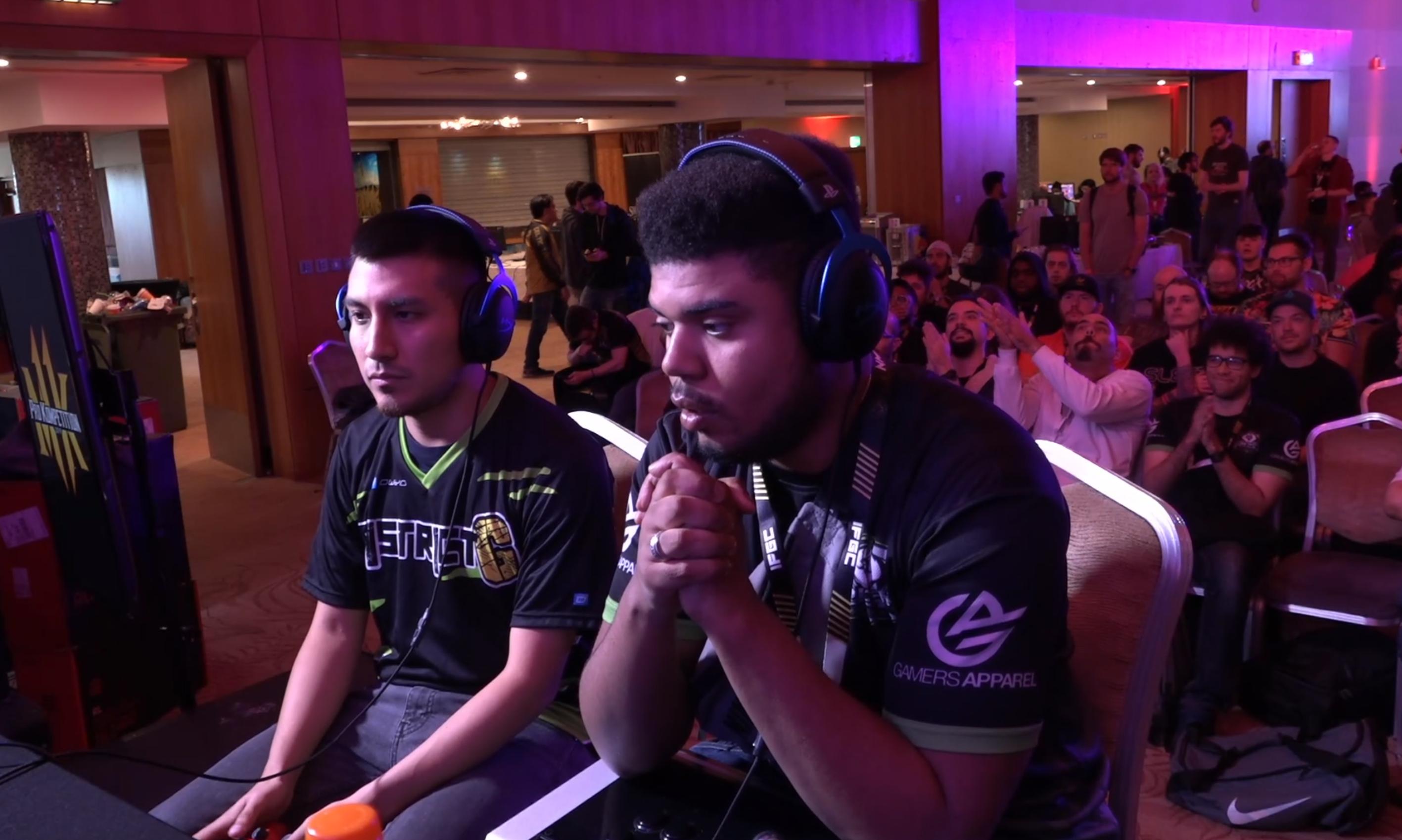 His match in the Losers Finals against Rookang was perhaps the best match in the tournament and he only lost because of 1 bad read. So overall, really proud of his performance and I’m sure he’ll keep making noise in future international competitions.

Watching the Grand Finals between yourself and Rookang, I couldn’t help but feel it symbolised a sort of ‘Old School vs New School’ aspect of the UK Tekken scene in 2019. Almost like a changing of the guard, in a way. Do you agree? How did you feel going up against him?

I’ve actually been thinking of this new school wave for some time now. It feels like, at least in London, the new school players are causing trouble for the old school players - which is amazing considering the number of players that started with Tekken 7.

Being able to beat Asim, Kaneandtrench, and now Rookang in tournaments is an amazing boost of confidence for me. Whenever I play a veteran player, I really want to beat them not only to show that I am becoming a great player myself but also to remind them that, in this game especially, there are always people looking to overthrow at any point. You cannot relax with your training, even after getting some big wins.

Consequently, this forces the community to train harder - everyone grows stronger together to keep up with each other.

When I was playing Rookang, it felt like I had to win not only for myself but also to inspire other new school players like me, to prove that we can compete with the established best players if we have the confidence to do so.

There are also other new school players like K-Wiss, Wiki, GoukiAkuma, etc that are making waves locally and internationally, so I’m looking forward to seeing how strong they become.

It seemed like you were extremely comfortable with the Bob matchup vs Rookang. Is this the case, or do you think that perhaps he wasn’t as familiar with the Julia matchup?

I did feel comfortable against Bob, but more importantly I have played Rookang in casuals a lot and I’ve seen him play in tournaments just as much, so I have picked up on a few habits of his.

Evidently, Rookang showed some discomfort with the Julia matchup as he was getting counter-hit a lot by Julia’s main strings. This prevented him from enforcing his infamously scary mind games. This factor was one of the main reasons I was able to beat him.

What was the reasoning behind picking Julia ahead of Josie?

Picking Julia instead of Josie was an experiment and a confidence test for me. I have been actively trying to not rely on Josie in tournaments for some matchups for a while, as I feel Josie’s damage output and “fake” pressure cannot compete with some of the other top characters in an ft2 setting.

I have been playing Julia for a few months both online and offline (not tournament) and have found great success with her in casuals. A lot of people I have played have been saying my Julia is strong and I should use her in tournaments so I finally decided to bite the bullet at Celtic Throwdown.

I was a bit worried about dropping her combos on different monitor setups but I’m glad I was able to adapt to her different timing in clutch situations. I still consider myself a Josie main and she fits my defensive playstyle better considering her amazing punishment, but I feel like I can do really well with Julia as sometimes I like to take risks and mess with the opponent’s head.

I feel like Julia has a much better risk-reward ratio than Josie and she can expose holes in people’s defense faster than Josie in a ft2.
I was especially proud of myself for still believing in my Julia after Dante managed to bring our match to a final game, which once again shows how confident I’ve grown as a player.
Expect to see my other pocket characters in tournaments soon as well.

When is the next time we see you compete overseas? You might have a target on your back after Celtic Throwdown.

My next EU tournament should be Clash of the Olympians in Greece which is a TWT Challenger event. It will be another big EU tournament and I hope this confidence boost will allow me to perform again.
I understand that people will now have great expectations from me to represent the UK, so I’ll continue to practice hard and hopefully make everyone proud again.

Last but not least – what’s your favourite film?

I don’t think I actually have a favourite movie lol. I do enjoy superhero-type movies though, so I would probably have to say The Dark Knight from Christopher Nolan’s Batman Trilogy. That movie is still a masterpiece for me.

Was a performance to be proud of! Dante being the only man to dent Chicken's armour is a testiment to his strength too.
by  HULK GG2019-09-08 20:55:38
CS:GO NA
Gears Italia
RIZE x DashFight